One of the best Frank Sinatra tribute artists on the east coast.

Frankie Sands evokes the essence of the artists he pays tribute to. You will find no finer exponent of the works of Frank Sinatra, Dean Martin or Bobby Darin. While most Sinatra Tribute Artists and impersonators will do only Sinatra, Frankie Sands does all three of these Giants equally well and this versatility adds another dimension to any event at which he performs. 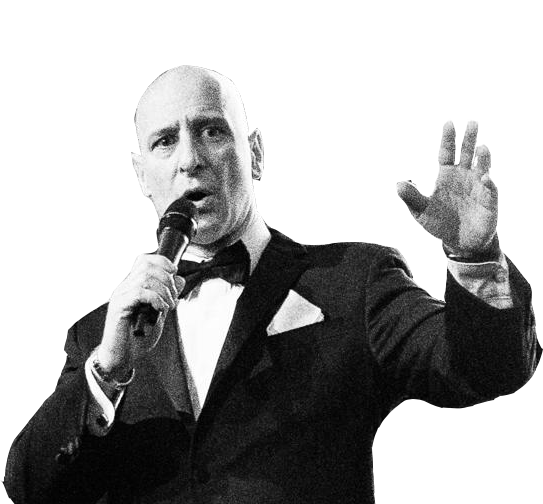 Frankie can work as a solo performer with pre-recorded instrumental tracks or with a pianist, trio, quartet, quintet or any number of musicians up to a 20 piece orchestra and beyond. When you hire Frankie, you have a great many options from which to choose ensuring that your experience brings your specific needs and desires to fruition.

Frankie does public shows across the NY Metro Area (see shows schedule) , and is available for private booking anywhere in the United States. A performance from Mr. Sands will put any private party over the top and make any occasion more memorable. Call (914) 490-7058 for any inquiries and questions, otherwise click “Book Now.” We look forward to hearing from you. 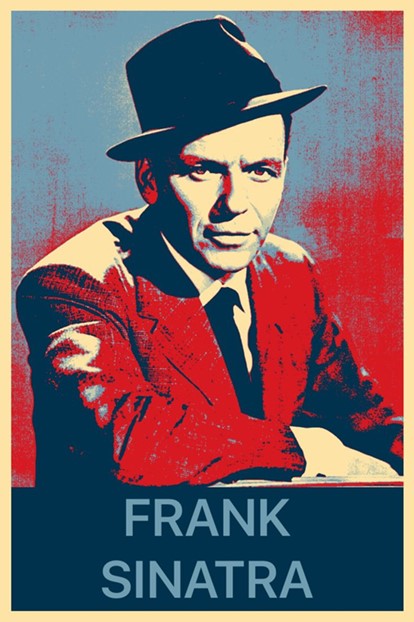 AN AFTERNOON WITH SINATRA!

Join us for a celebration of Italian culture at St. Ann’s to kick off 2023! The incomparable Frankie Sands will be performing some of the greatest hits of Frank Sinatra, the Rat Pack, and others! 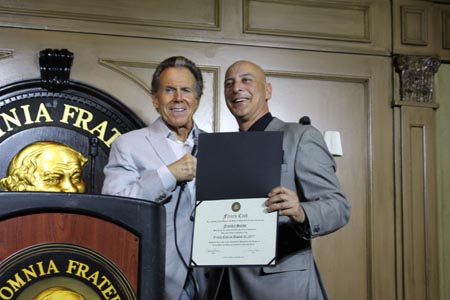 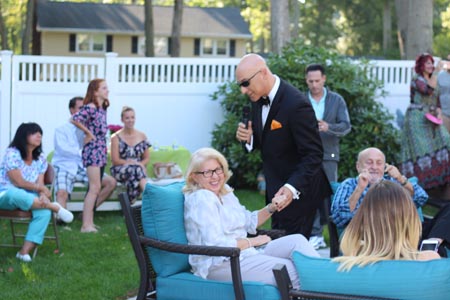 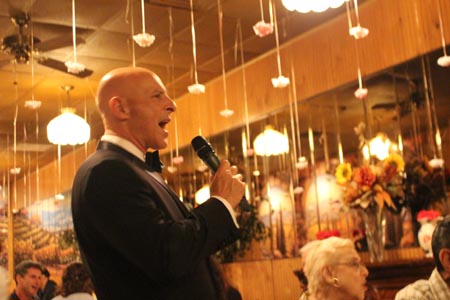 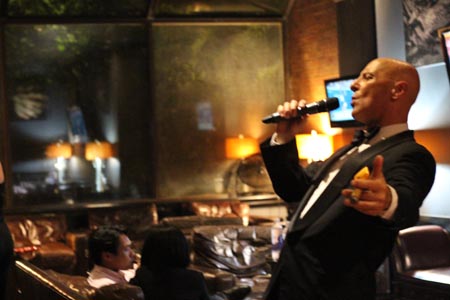 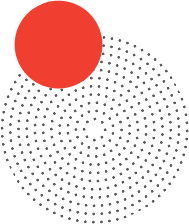 What clients say about Frankie Sands

Overall, 5 out of 5 Hiring Client

Frankie, it is an absolute pleasure for me to write this review. Everyone at Vince’s retirement party loved your show and I know this to be true because of the large number of party guest comments and compliments I received related to having you as a surprise performer at his party! I know there were more than a few of the ladies there that enjoyed the individual attention you showed them while singing your songs. All in all, you definitely contributed to a night that Vince and his wife will remember for the rest of their lives! John Z. also sends his regards and thanks you for a job very well done. We have a couple more retirement parties coming up and you will be included in our plans! Thanks again!

Frankie Sands has superb vocal ability, which I was expecting based on his websites audio samples.

What I didn’t expect was the his all around entertainment ability. Frankie Sands was able to engage every guest at the party, where fun was had by all. I would highly recommend Frankie Sands!

I was hoping that what I heard would translate to the live performance and all I have to say is “WOW”.

Everyone enjoyed themselves immensely! His voice is amazing, very friendly and easy to work with. I would definitely hire him again!!

Frankie stole the show at my wedding.

My guests thought the DJ was playing Sinatra but when they realized Frankie was really singing during my dinner hour, they were blown away. Grade A talent and a really nice guy. You can’t go wrong with booking Frankie for your event. The Rat Pack lives on!!!!

If you closed your eyes you would swear the room was black and white, smoke filled and in Las Vegas, but you didn’t want to close your eyes because you would have missed his show.

Ours was but a small fundraiser with great ideas, Frankie Sands gave us a GREAT evening that was so authentic that the “girls” were throwing their keys to him. If you closed your eyes you would swear the room was black and white, smoke filled and in Las Vegas, but you didn’t want to close your eyes because you would have missed his show. Frankie worked with me to create a special evening, checked in periodically and was a professional through and through. His choice for his Dean Martin impersonator was spot on. They looked and sounded fabulous and I would absolutely book him again and recommend him. Flawless.

Frankie is an incredibly talented guy with unsurpassed professionalism.

Frankie is an incredibly talented guy with unsurpassed professionalism. I hired Frankie for a recording session to record his singing for special project. I wanted to give my best friend a gift CD for Christmas and Frankie was willing to do the project. I sketched out my thoughts and he walked me through the process while listening to my ideas too. He was in constant contact with me (we live on opposite coasts) and he updated me regularly on the progress with the project. He even kept in touch with me while he and the rest of NY were affected by Hurricane Sandy. He handled lining up the studio time and the engineering and making sure that the studio was paid. I wouldn’t have known how to arrange that type of thing from the West coast and so I’m very grateful for Frankie for taking a personal interest in the project and seeing it through. I’m thrilled with the final result; it’s an excellent piece of work. I don’t think the project would have come off as well as it did without Frankie’s expertise. Thank you Frankie!

I could not have been more happy with my choice.

I want to thank Frankie Sands for a great evening, I hired Frankie on Aug,20th 2012 to preform for my Anniversary party. I could not have been more happy with my choice. Frankie sounded Great and was very personable. Cant wait to be able to have Frankie back for my next party. 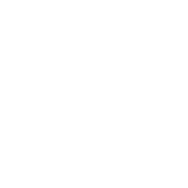